White Mischief Steampunk event: Journey to the centre of the earth 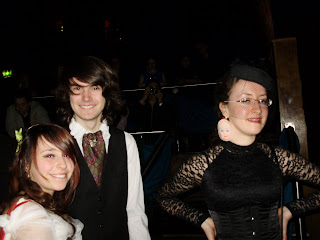 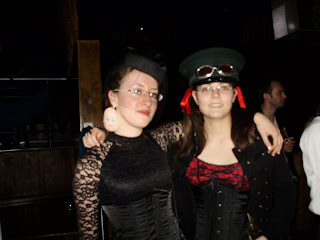 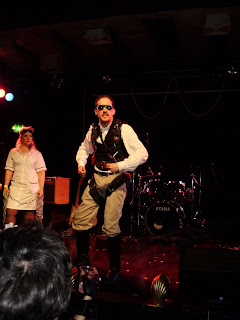 I went down to London for the White Mischief steampunk event at the Scala, Kings cross. The theme was Vernian again: Journey to the centre of the Earth. I didnt take many pix but there are some other people's pix on Flickr if you search for White Mischief.

Another great event with the usual eclectic mixture of audience and performers. I particularly liked The Men That Will Not Be Blamed For Nothing: http://www.myspace.com/blamedfornothing as I had missed seeing their History of British Industry at the Edinburgh festival. They really put the punk into steampunk and also the steam - a great song about the famous Stephenson and Stevenson families and also a funny one about Charles darwin.

Other features were trapeze artists, the Illumini, an escapologist (but not as good as the old guy who used to be at Tower Hill doing such things), some amazingly unerotic burlesquers, and the Correspondents - I dont know how it is possible to dance and sing so fast for so long - surely chemical help must be involved. Costumes of the audience lots of fun as always.
Posted by Nina Baker at 14:17